Today, one of my friends shared with me a link. He mentioned that this product, Square’s Order, is very similar to the idea I once shared with him during February 2014. The idea was about a coffee ordering app that utilizes a very simple interface and design to eliminate the hassle of ordering coffee. In addition, it was designed to be very generic so the user could order (nearly) the same coffee regardless of the coffee shop.

This idea was brought to life on Feb 23, 2014 at the Launch Hackathon held in San Francisco. My colleague Asitha de Silva and I spent time building this phone app and placed all our effort to create a simple, yet effective, way of ordering coffee. We also enabled the application to order a coffee on your behalf through the phone using Twilio. You can see the basic idea of our app in the following link:

Here are screenshots of the application Asitha and I developed: 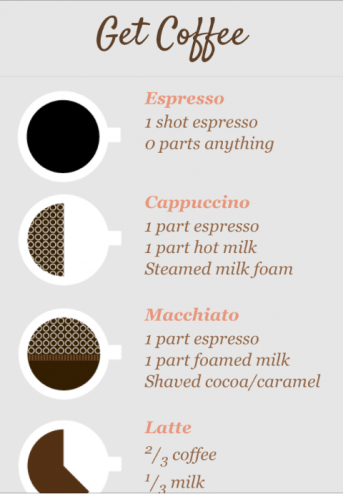 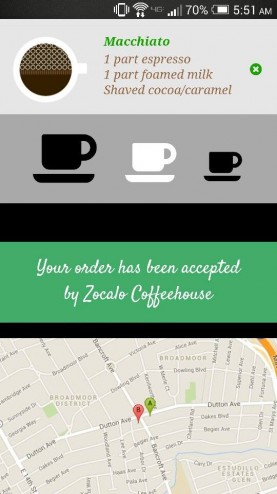 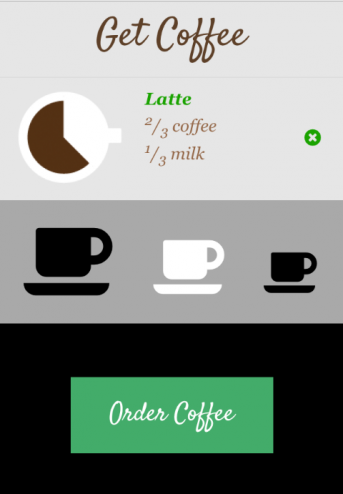 When the judging time came – our idea was evaluated by Dani Behrendt (Honda Innovation & Strategic Alliances) and Jessica Lessin (Editor-in-Chief of The Information)  – we received a mediocre result (6/10). Our judges stated that while our app has a great UI, it wouldn’t be able to penetrate the market.

“Think about reaching out to an independent shop for an early trial just with them. Very cool.”

“Very well designed app and I like how it is platform independent. I worry it is low barrier to entry.”

For Asitha and I, hackathons are a learning experience, and our days moved on.

But things have changed.

After seeing Square’s Order (which was launched in May 2014), I felt a bit uneasy. Are hackathons used as a medium to simply exploit from the ideas and endeavors of its participants? The application looked similar to our platform, including the distribution of the coffee content, the simple design. While it is not a direct reflection (given we only had time to code our app in 24 hours), if we were given the resources and time, we would’ve built something like this:

What do you think?

Do you think Square’s App and our app is similar? Do you think hackathons are providing the environment for individuals to create freely?